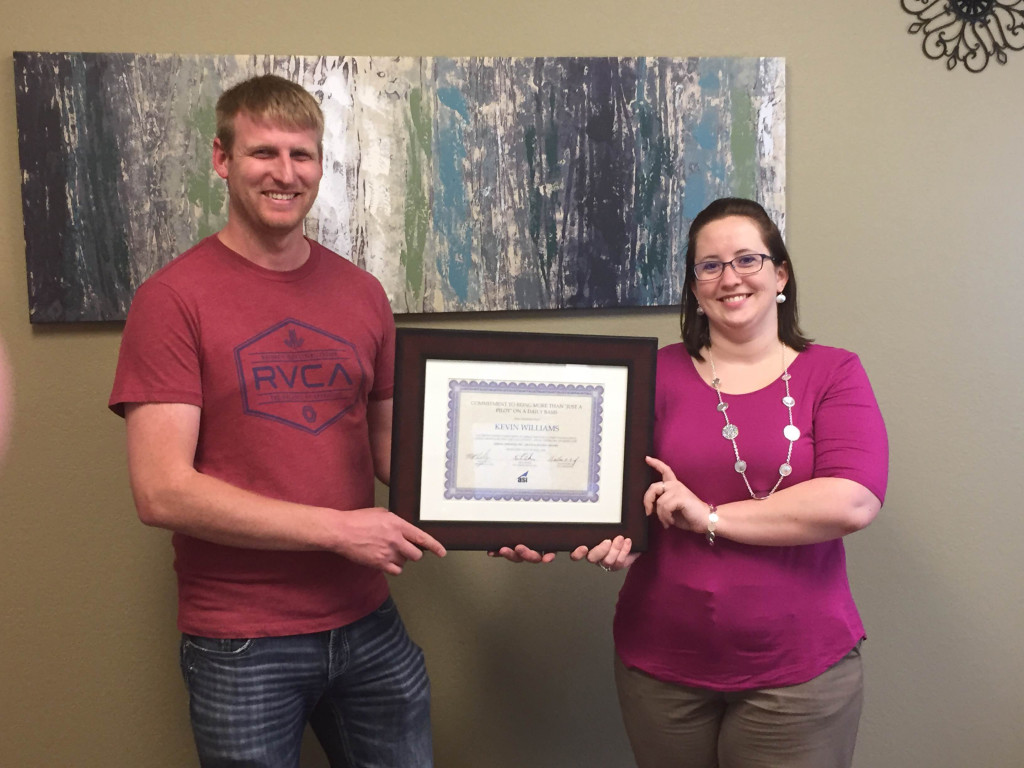 Kevin Williams accepts the Above & Beyond award from Amy Vossberg.

Aerial Services would like to congratulate Kevin Williams for being chosen as the Above and Beyond award winner for the 1st quarter of 2016! Kevin has been a professional pilot since 2013 and began his career at Aerial Services in May of 2015. Not too long after he started, he was promoted to the position of Chief Pilot. Kevin ensures that all flights follow federal, state, and local agency safety standards, coordinates high traffic flights with air traffic control, and flies accurate lines for aerial photography acquisition.

Kevin’s peers had plenty of positive comments to share about him and why he deserves to be the Above and Beyond winner:

From all of us at Aerial Services, thank you Kevin for your dedication to getting the job done and done well! We appreciate your contributions to helping make Aerial Services successful!

Amanda Hoppes is the Marketing Manager at Aerial Services. With a BS in Technical Communications, she focuses on technical writing and marketing strategies. Amanda's goal is to 'wear many hats' within the company she works for. She believes having employees who know not only their job, but others' as well, help build a strong and successful business.
More by Amanda Hoppes

Leave a reply Click here to cancel the reply

This site uses Akismet to reduce spam. Learn how your comment data is processed.