This article was originally published September 15, 2016

Unmanned aerial systems (UAS), aka “drones”, are an amazing and capable new technology. We are witnesses to the beginning of a revolution and the introduction of disruptive technology that will fundamentally change access and use of the national airspace and create tremendous new economic and humanitarian opportunities. But like any disruptive technology in days gone by, it comes with warts. It can be applied to “good” and “evil” ends. The technology itself is neither. But its application can cause great “harm” or great “good”.

Drones have grown up in the theater of war over the last 20 years being used primarily to “kill” and “spy”. As this technology is unleashed in our neighborhoods and businesses for “work” and “play”, citizens will have to sort out which applications are threatening and which are not. Wise public policy will be needed to encourage the technology and the tremendous good it promises, but curb the harmful applications of that technology.

Imagine a person peering across your yard into your home with a camera through open curtains and at the partygoers on your deck all afternoon from a public spot. Although you may find this creepy, that person is not violating your privacy. He’s not trespassing, and you have no “reasonable expectation of privacy” outside on your home in plain view of anyone who looks that direction. Most of us understand this and accept it. Likewise, in many cities we are photographed continually as we walk down the street by surveillance cameras inside stores owned by shop keepers and on poles operated by the government. Knowing this we continue to frequent these areas because we are mostly comfortable with this concept of “no reasonable expectation of privacy” when in public places.

The liberties of our country, the freedom of our civil constitution, are worth defending against all hazards: And it is our duty to defend them against all attacks.”

But move that camera into the sky out of view on a drone operated by the government. This is called “persistent surveillance”.

It is still only photographing people in public places. There is still no “reasonable expectation of privacy”. But we start feeling creepy. There are a number of reasons:

Technological advancements often inflame legal and cultural sensibilities because they often “enable” new activities that have not been practical or possible. Current law and practice never imagined these situations. Examples abound: the moldboard plow, gunpowder, nuclear fission, the assembly line, anesthesia, the internet, the personal computer, photography, vaccination, and the pill. All of these technologies promised (& delivered) great good, but inflamed legal and cultural norms. Public debate ensued and new understandings evolved. Legislation was changed to allow and control the technology to balance their “good” and “evil” application in society.

Drones are no different.

Persistent surveillance could do great good. It was used in war zones to detect bombing of American troops then tracked back in time to observe who set the bomb. Then the same recording was used to track the perpetrators current location and arrest or kill them. With persistent surveillance over our cities, most traffic accidents would be recorded so “fault” could often be discerned. Many crimes, even murders and kidnappings, could be solved by witnessing them occur then following the perpetrators to their present location for arrest. Child abductions could be solved rapidly. Real lives will be saved.

However, this good cannot be considered separate from the real evil applications that would threaten our liberty and property. Not only are the 1% criminals among us being surveilled, but also the 99% law abiding citizens. The government now has detailed information on all of us. Who did you visit? With what groups do you associate? With which merchants do you do business? How do we know how the data will be used by the government? How will my activities be interpreted by a bureaucrat? How long will the data be archived? How do I know?

If one political party (especially the one you disagree with) controls most of the government, what pressures will there be to illegally and secretly use this goldmine of information against their enemies? This is not a fictional scenario. We are seeing it played out before our eyes more and more commonly:

Big government is acting more frequently with less effective congressional oversight and accountability. Can we trust the government with a far greater volume and breadth of information about its citizens?

One could respond: “Sure! I have nothing to hide. Only if you’re doing something wrong should you worry, and then you don’t deserve to keep it private. If you’ve got nothing to hide, you have nothing to fear.” But even Supreme Court Justice Breyer said “The complexity of modern federal criminal law, codified in several thousand sections of the United States Code and the virtually infinite variety of factual circumstances that might trigger an investigation into a possible violation of the law, make it difficult for anyone to know, in advance, just when a particular set of statements might later appear (to a prosecutor) to be relevant to some such investigation.” If the federal government had access to every person or group you visited and every email and phone call you’ve ever made, it’s almost certain that they could find something you’ve done which violates a provision in the 27,000 pages of federal statues or 10,000 administrative regulations. [By the way: that was the size of federal statutes and regulations in the 1980’s. In 2013, the Congressional Research Service reported that they lacked the manpower and resources to accomplish the task.] You probably do have something to hide, you just don’t know it yet.

We all have something to hide. But this does not imply as the above quote presumes that we want to hide “bad” or “wrong” things. We all have curtains in our home. We don’t make public our credit card bills. We don’t tell our coworkers how much we are paid. We insist on warrants before our privacy and property is violated by government. Not because we are “wrong” but because “it’s none of your darn business”. 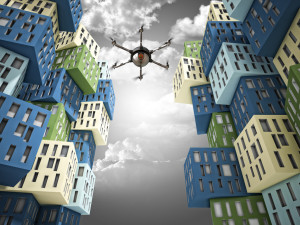 Violation of privacy takes many forms: disclosure of my secrets, revealing information about me, blackmail, improper use of my personal data, and the simple compilation of an extensive dossier about me.

Surveillance can inhibit lawful activities like free speech, free association, and other First amendment rights essential for democracy. It can impart a real sense of powerlessness and vulnerability to the individual through indifference, error (think government leaks or the theft of government databases), abuse, distortion, frustration, or lack of transparency and accountability. Privacy is slowly eroded through a series of relatively minor acts or regulations. “Privacy is rarely lost in one fell swoop.” Privacy and Liberty are joined at the hip. You can’t have one without the other. As Privacy is lost Liberty dies.  The annual Index of Economic Freedom shows the USA slipping ever faster (especially since 2008) to #12 in the world. By any measure our liberty is slipping away.

Liberty and security are not mutually exclusive. Though difficult, we can reconcile the requirements of security with the demands of liberty in a manner consistent with our Constitution. We need to consider legislation calmly and deliberately with a determination not to erode the liberties and freedoms that are at the core of the American way of life and our economic vitality. To be truly free means accepting some measure of insecurity knowing that not all bad guys or ill will can be stopped, ever. Sacrificing too much liberty for utopian security will ensure the loss of both by a government bent on tyranny … “to keep us safe” in our golden, trans fat-free cage.

3 thoughts on “Implications of Drones on American Privacy and Freedom”